Tuning in around 3:20AM, Occupy Sacramento has been informed that they must leave the park. The police say they believe it is an unlawful protest. 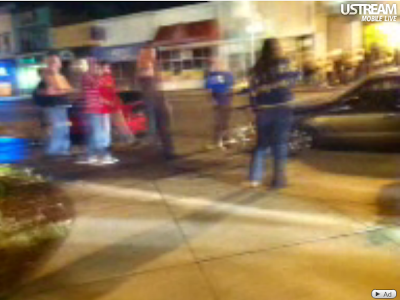 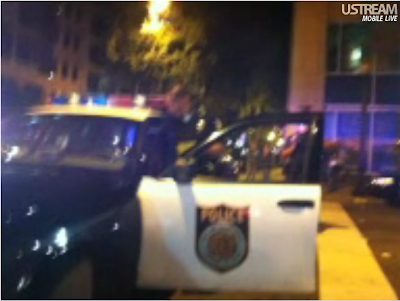 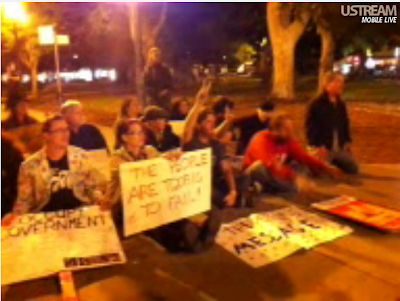 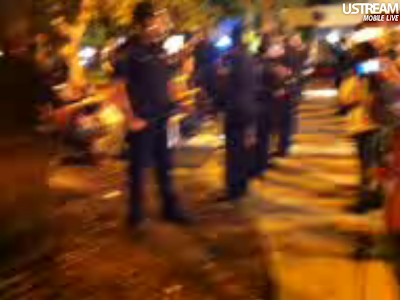 There has been no arrests yet.

3:39AM: According to the camera man, there is around 50+ cops there, if not more. People are not being hand cuffed, instead are being lead away. 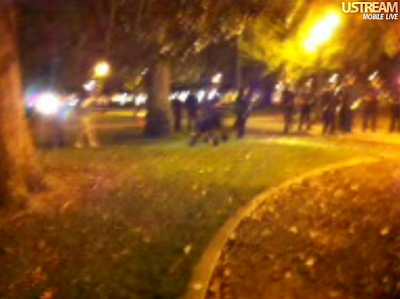 3:45: Police officers continue to lead protesters away from the park. Protesters continue to cheer, and chant. Camera man walks around "shaming" the officers. The police seem to show no sign of brutality, however appear to be ready for any violence. The protesters on the other side of the street appear to not be arrested. 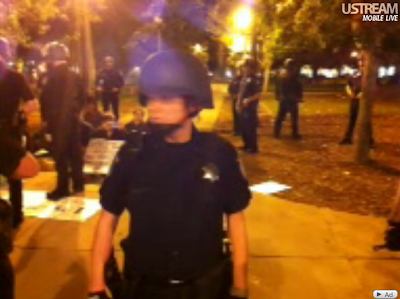 4:09AM: It appears it is over. The officers peacefully lead the protesters one by one away. Other protesters are still across the street, walking around, some are watching directly. The camera man said around 100

The police are saying, "Stay walking, and spread out." Also, in a police interview with their local news, there is a confirmed 13 arrests, and the arrests occurred due to the park closing at 12:00AM, and failure to leave when ordered.

They are also going to attend a meeting an attempt to override park hours for protest.

They protesters are chanting, "We are the 99 percent," as well as. "Who's park? Our Park!"