A little after 12:00AM October 31, 2011, Occupy Richmond was met with bulldozers after receiving a warning to clear out, at Kanawha Plaza. Ransacking the protesters camp, and arresting. Protester says at least ten people have been arrested. Police allowed the protesters to take some of the stuff from the camp, but not all of it, according to the camera operator. Police also removed the food tents. There were at least eighty tents according to another person. 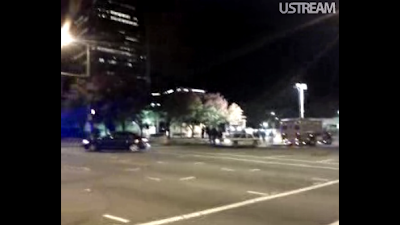 A video showing some of what is happening, as well as afterward.