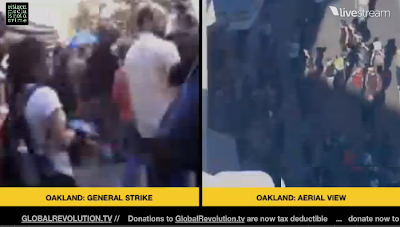 Occupy Oakland is still marching along, but officers appear to be laying low. The camera operator says he seen around four, but assume the rest are undercover. This comes in from the police officers not being able to take the day off, from an open letter earlier in the week.

The live stream occasionally shows New York, which is being blocked in.

6:21PM: Reports of free food being passed out. There's also music, and a lot of chattering between the protesters.

6:37PM: The police appear to be arresting people, macing, and setting up a line to arrest more according to ground reports, and camera operators. 6:38PM: The police have boxed them in. 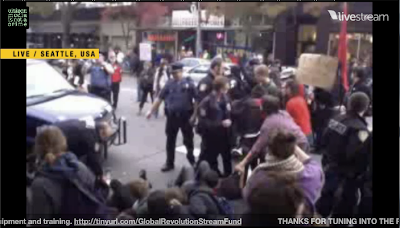 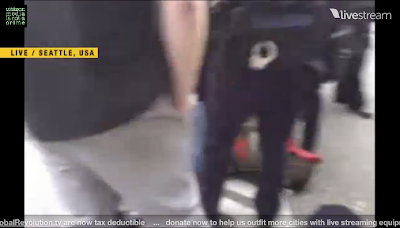 6:40PM: Several people have been saying police are punching people in the face, and are also mass spraying the crowd.

6:42PM: Protesters are moving away quickly to avoid being maced. 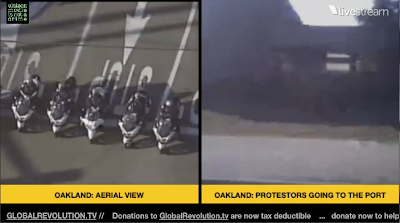 7:31PM: Protesters have arrived at the Port of Oakland, and have cheered the workers as they are leaving. 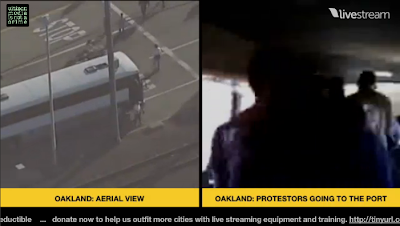 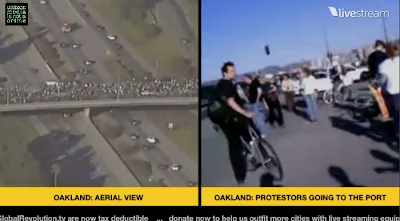 2:43AM: The protesters have taken over the homeless shelter, made a line around the blocks, and some are still at the Port. Estimated a few thousand people are protesting. Music is being played drums, and the camera operator is walking around. One SWAT van, many riot officers, and more.


2:51AM: Police have prepared, and are spreading out. An estimated 300 officers, according to camera operator. 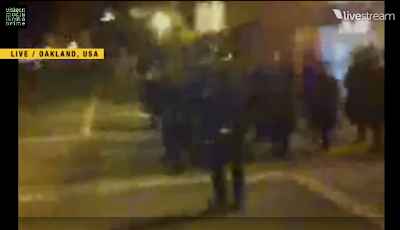 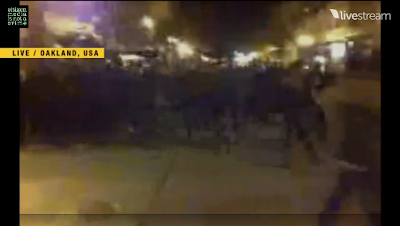 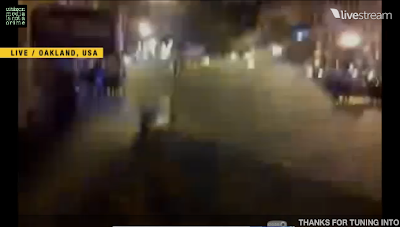 3:02AM: The police have warned the protesters to leave, or be arrested, Riot cops being to be from Alameda County Sheriffs.

3:08AM: Fires have been purposely set by protesters to counter the tear gas that may be deployed. Camera operator says they are controlled fires. 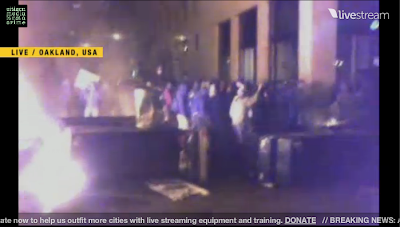 3:23AM: The fire department is there, and have put out the fires the protesters set to counter the tear gas, and police have surrounded some of the streets. an estimated 100 per angle, according to the camera operator. 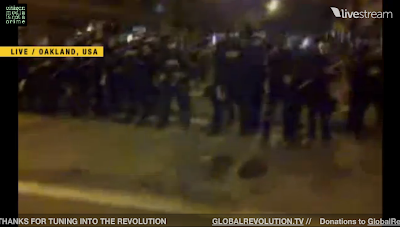 3:42AM: Camera operator asked the officer to stop aiming his weapon at the protesters. The police officer told him to go home, which was replied with the right to be there. People are noting that the officers do not have any badge numbers, and have tape over their names.

Police have rejected a person to walk past them.

4:15AM: Tear gas, and flash bangs are being deployed. The camera operator tells the officers to stop pointing weapons at him. 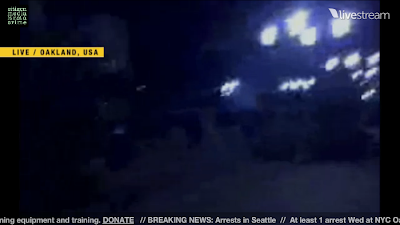 4:25AM: Yn unarmed homeless guy was also hit by a rubber bullet, according to camera operator.

4:49AM: Police have sent another warning, "This is declared an unlawful assembly. You are commanded to leave, or be subject to arrest or other police actions."

5:04AM: Protesters are gearing up for the move in from the police, chanting "we are Oakland." 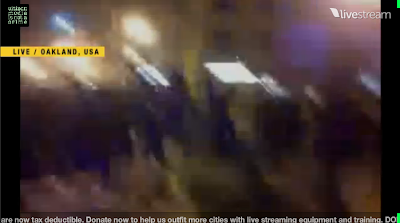 6:25AM: Protesters have decided to go back to camp, and support Port blockade, as well. Protesters are also encouraging the officers to go home.