Occupy Denver is currently "in stand off" with local police. It's unclear what is going on at the moment, other than the police have appeared to be lining up along the sidewalk, and telling them to get back on the sidewalk if they attempt to step off to go past the police. 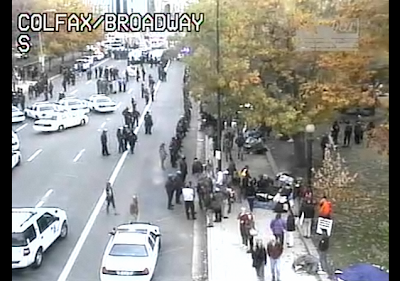 7:08PM: Seven protesters arrested for interfering with police, according to reports.