A small protest at this moment, Occupy Cumberland has been taking place for about around three weeks. Today I was able to visit, and get answers with them. 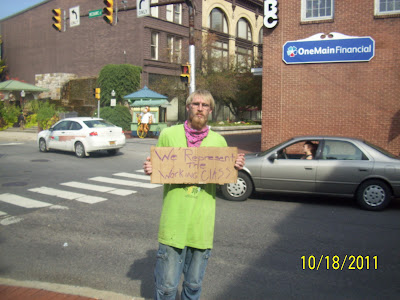 According to Mike (green shirt), he's tired of the corruption of the government, and the jobs that have been disappearing. Also wanting the money to be put back in the correct places, to the people that work for to provide for themselves, and their families. 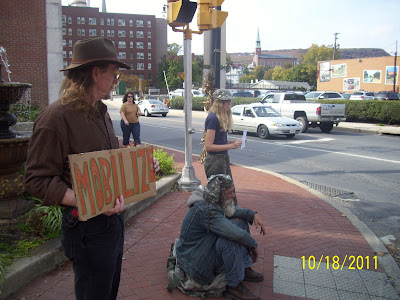 Kevasaurus (brown shirt), says that the people traveling by have been supportive through waving, honking their horns. He'd like to see more people have better opportunity. 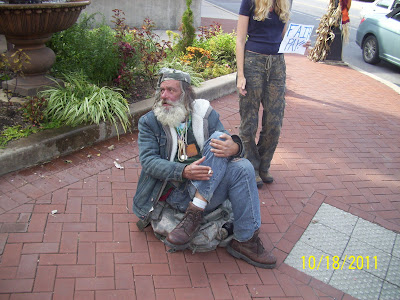 Art (sitting down), believes that people should be entitled to voice their opinions when they want. Whether in protest or regular conversation. 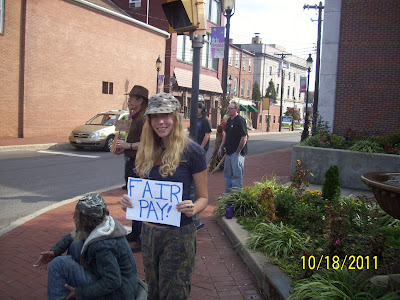 Ona, the daughter  of Kevasaurus, believes in fair pay and also wants corporations out of government, and to restore power to the citizens, and not the banks.

So far there has been an average of fifty to sixty people over the course of three weeks Occupying at the corner of N Central St, and Frederick St., on the block of City of Cumberland Information. According to their Facebook page, they've had almost up to twenty protesters. The protesters also say that the the police have been showing some support, and some have sounded their sirens a few times, but no arrests or violence yet.